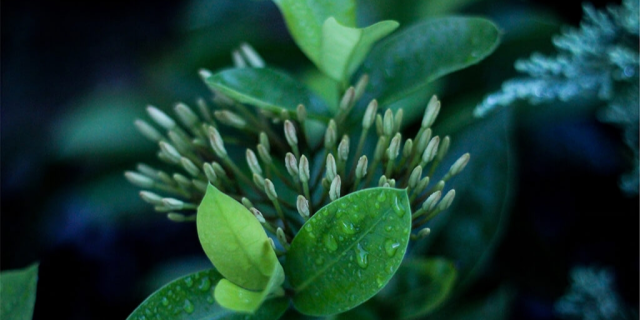 When I was a teenager, I was that nerdy conservative Christian type of teenager who loved to read about evidences for God and Christianity and argue about them with people. It was pretty fun and really helped me learn a lot, despite some things being a bit cringe-y in retrospect (but hey, whose teenage years aren’t?). I had a strong and sincere belief that God had created the universe, and that to believe that was rational and evidenced by things in nature itself. As though God had left fingerprints in Creation that anyone could see if they looked.

I remember on at least one occasion arguing with some atheist/agnostic and using William Paley’s Watchmaker Analogy to prove God exists. This argument says that if you found a watch when walking in the woods you would know just by looking at it someone designed and made it, right? So if you look at nature and how much more complicated it is than a watch, you must know that someone must have designed and built it too. Right?

I like this argument for two reasons: For one, it really gets to the heart of this sort of argument. We can look at nature and see some evidence that proves God exists. The desire is for a rational, scientific argument for God.

Secondly, it really is a pretty good argument that someone made a watch. Unfortunately it’s a terrible argument for a deity.

The problem is that there really are no fingerprints of God in nature. Think about what a fingerprint is: a specific pattern of characteristics that is only produced by one source (ideally). A watch is a “fingerprint” of humanity. I have seen many watches in my life, and I can recognize the pattern of timekeeping symbols and other technology like plastics or refined metals and glass. Therefore, if I find a lonely watch in the woods, I can know that it was made by a human and be highly certain about that. It is a strong inductive argument.

But when I look at nature, if I am being honest, there is no such similar evidence of a deity, let alone the Christian one. I have looked at genomes and the only fingerprints there are evolution and common descent.

I have looked at mountains and the only fingerprints there are the slow movement of tectonic plates and volcanic activity over eons.

I have looked at stars and seen only the fingerprints of clouds of particles interacting according the the basic laws of physics.

I suppose I have not seen how the universe came to exist in the first place, but that can hardly be a fingerprint of a deity unless I had seen other universes also be created by deities. You need to see a fingerprint before you can recognize it somewhere else.

Another thing to note, if I am being honest, is that none of these things have anything to do why I personally am a Christian. Whether or not the Watchmaker analogy is a good argument for my faith, it certainly has nothing to do with my faith. There is something else – something not scientific – that I sense is good and right and true about Christ.

I think that when folks like William Paley go making arguments for God or Christianity from nature, they are sincerely making a mistake in focus. Many people, including myself, look at wonderful things in nature and have a strong sense of a spiritual connection being made. I think the mistake is to try to make this out to be a scientific observation rather than a spiritual sensation.

When I look at genomes, or mountains, or stars, I don’t see any fingerprints left by God. There is no such forensic evidence there. But I do get a strong sense of wonder and awe – these things are sublime to see. There is something about this wonder that resonates with me in a spiritual way, similar to how Christianity does. At very least nature does a good job of reminding us that we are spiritual beings, and humbling us about our place in the universe.

It also reminds me that spiritual things are experienced, not studied forensically. I don’t feel wonder at seeing the night sky because it has some forensic evidence. I don’t believe God exists because I’ve solved some math equation.

But at the end of the day I think this perspective is more honest about science, more honest about what I believe and why, and more charitable towards those who believe differently. Our experiences can be different. But if my faith is about something real and true, I can reasonably think that others will  experience it too.